The flag of Liechtenstein is blue and red horizontal striped, with a golden prince-cap in the upper canton. The prince-cap stands for the unity of nation, prince-house and state. In this form is the flag in use since 1937. The colours of the land, blue and red, have their roots probably in the Liechtenstein livery-colours. The meaning of the colours knows two theories:
• Blue symbolizes the heaven, red the nightly fires (or the fire of the earth)
• Blue remembers the blue ribbon of the river Rhine, red remembers the flag of the prince (red-gold)
Those colors are known leastways since 1764 and were adoped in horizontal arrangement as national flag with the constitution from 5th of october in 1921. But this flag was identical with the flag of Haiti, wherefore was added nearby the leech a yellow (golden) prince-cap for differentiation on 24th of june in 1937. On 30th of June in 1982 get passed new flag-laws. The prince-flag is now blue-red horizontal striped with the complete coat of arms in the middle, that all is yellow surrounded. Prince-loyal citizens however oftenly hoist up the old prince-flag, a flag in the colours of the prince-house, yellow and red. The variegated colours of the flag seem to be defined today as follows, in hexadecimal: blue = #002B7F, which would correspond to Pantone 288, red = #CE1126, which would correspond to Pantone 186 and gold = #FFD83D, which would correspond to Pantone 122.

Lesser coat of arms of Liechtenstein,
Source, by: Wikipedia (DE) 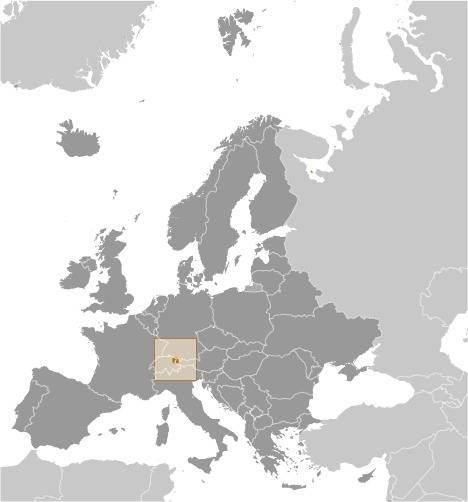 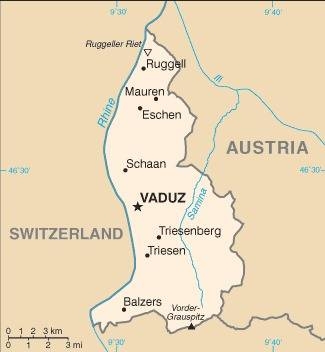 1619 · vanish of the line Liechtenstein-Murnau

1815 · joining to the German Confederation

The name of the country goes back to the ancestral seat of the ruling house, Liechtenstein Castle in today's Lower Austria. This castle was supposedly built on a light-coloured rock, a "light stone".