The today's flag of Macau was already unofficially introduced before the handing over to China and was already at that time very popular in the population. It shows a white lotus flower on a green background, with a stylised bridge below and an arch of five golden, five-pointed stars above. The colours of the flag are given as follows, hexadecimal: Green = #067662, which would correspond to Pantone 335, Yellow = #FFDF1E, which would correspond to Pantone 108. In the times of the Portugese colony was solely in use the Portugese national flag because they saw the colonies as permanent component of the motherland and not as outer possessions. This implys that Portugese colonies never had own flags, even if there were ambitions in the sixties of the 20th century to introduce flags for the colonies by placing of the coat of arms of the colony in the flying end of the Portugese national flag. But this plans became never realized. 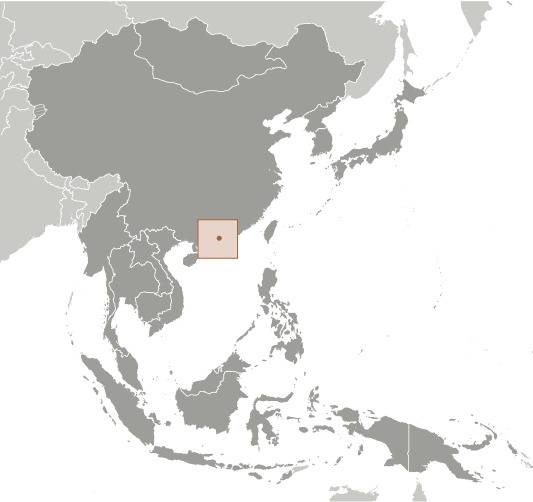 Map of the country: 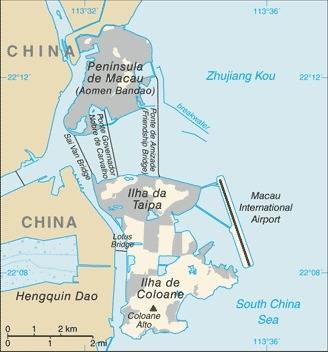 1513 · the Portugese seafarer Jorge Álvares reaches the islands of Macau

1849 · Portugal occupys the islands Taipa and Coloane and declares Macau to a Portugese territory, the leasing contract expires

1945 · the Japanese troops in Macau surrender

1974 · Portugal wants to give back Macau to China, China rejects

The term "Macau" descends actually from the Chinese language. Initially the Bay of Macau was named "A-Ma Gao" what means "Bay of the Goddess A-Ma" out of which the Portugese in the 16th century made "Macau". Sometimes was also in use the term "Macao". The today's Chinese name "Aomen" has nothing to do with this anymore. "Aomen" means "Gate to the Bay".